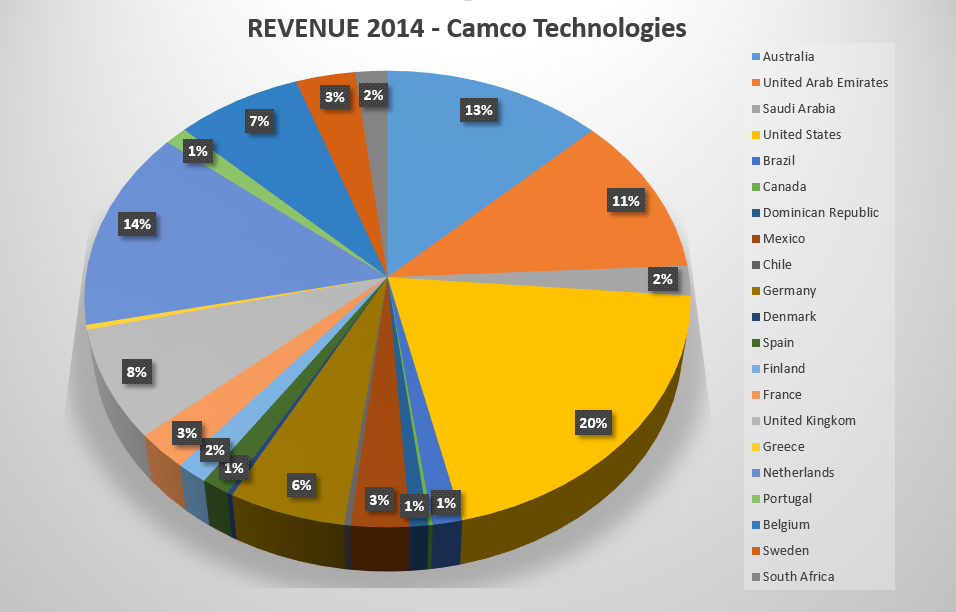 In 2014, Camco Technologies achieved a 10 percent growth in revenue. Camco continues to strengthen its position on international markets, with more than half of the 2014 revenue (54%) coming from global projects outside Europe. The geographical spread of the contracts is indicated in the chart.

46% of the 2014 revenue originates from European clients, with several major projects in the UK, the Netherlands and Belgium. Clients in the US, Canada and South America make up 26%, while Australia contributes 13%. Projects in the Middle-East and South-Africa make up 13% and 2% respectively.

Camco’s global trajectories continue in 2015: Camco signed its first major project in Qingdao, China, together with its Shanghai-based partner Westing.

This website uses cookies to improve your experience while you navigate through the website. Out of these, the cookies that are categorized as necessary are stored on your browser as they are essential for the working of basic functionalities of the website. We also use third-party cookies that help us analyze and understand how you use this website. These cookies will be stored in your browser only with your consent. You also have the option to opt-out of these cookies. But opting out of some of these cookies may affect your browsing experience.
Necessary Always Enabled

Any cookies that may not be particularly necessary for the website to function and is used specifically to collect user personal data via analytics, ads, other embedded contents are termed as non-necessary cookies. It is mandatory to procure user consent prior to running these cookies on your website.